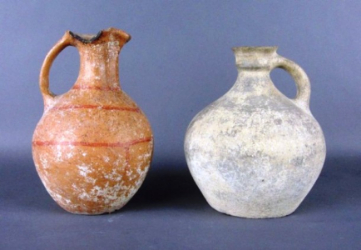 In the old days - Addict means be devoted to someone - until Alcohol and other drugs were discovered. Alcohol was consumed since the Neolithic period (10,000 B.C) and this is confirmed by archaeologists who discovered jugs used to ferment ingredients. Today, it is a 1 trillion US Dollar industry worldwide, with Beer being the most popular drink after water and tea.

One of the most important reasons for these substances to even exist is the humans urge to alter one’s consciousness. It is as primary as the drive to satiate thirst, hunger or sexual desire, even children’s desire for spinning, swinging, or sliding indicate that the drive to alter one’s state of mind is universal.

Using any kind of intoxication in the end is just a workaround for a weak or incomplete coping system. The word Cope - literally means to blow a punch in battle in archaic times, used in today’s context to win over whatever life throws at you - work, family, relationships, stress, doubt, disbelief. These situations always make us question - am I useful, helpful, wonderful, meaningful, purposeful and many other existential questions.

So the blow is towards what your mind is telling you and win over your thoughts. At times, the greatest enemy is our own mind and what it applies to us using its past experiences and methods for survival taught to us while we were growing. When we don’t have a strong purpose of why we are here and allow our mind to feed negative thoughts and allow this to manifest, we begin our journey to finding relief from ourselves - and this is most easily found in Alcohol and Drugs.A deficient psychological coping mechanism stem from improper upbringing and misunderstood coping skills. If a father drank because his grandfather drank and his son drinks - it is a deficient system of coping running generations in a family. Exercise, Writing, Leisure Activities, Sports, Meditation and Prayer are some of the non intoxicating ways to cope with stress and challenges life gives us.

But not one of them can give in fast measure what Alcohol and Drugs will.

In the end - what does getting high really help you to do?

Happiness - Being Joyful, relieved and feeling everything is okay (Euphoria)

Lowered Social Inhibitions - Humans are social creatures, and the effects on the consciousness helps in Socializing.

There are a thousand more reasons why people would want to use alcohol and other drugs, but we found these to be the most common. Now how does something so nice become so convoluted in all the negatives including Addiction?

Think about how you feel when something good happens, maybe your team wins a game or you’re praised for something you’ve done well — that’s your limbic system at work. Because natural pleasures in our lives are necessary for survival, the limbic system creates an appetite that drives you to seek out those things.

Alcohol and other drugs give you this without any meaningful pursuit - no achievement, no work, no effort nothing - just some money and a source to buy it from. Once its in you have climbed Mount Everest, beat all your competitors in your business, feel exclusive and important.

Now the opportunistic synergy that is created between the mind of a person whose coping skills are lacking and the benefits of intoxication strike a lucid romance where one keeps going back to that feeling to cope with every feeling for every situation - Anger, Happiness, Sadness, Anxiety. This repetitive return to Alcohol and Drugs causes a mental and emotional dependency which is further forged by the physiological - the body itself in turn becomes dependent.

A few may fear this romance. Metaphorically, let us compare this to a relationship. A man is married, yet he desires another girl. He knows it is wrong, but the relationship provides him the illusion of a better reality, maybe he feels the other woman is more beautiful or has traits that cannot be seen in his wife. His immoral pursuit will seem very righteous because of all the reasons that he has made in his mind. Everyone wants better for themselves, we are trained to seek better and compete for better. Some may have this as a thought, so many become her friend, some may romantically pursue her, some may drown in the despair of not getting her. The story will be different for everyone, as our personalities and circumstances determine a different version.

Some people can become just friends with, some will try and believe its not for them, and some hopelessly fall in love with it.

THE PROBLEM AND THE SOLUTION IS US.

With help, we can calm this storm inside us and live life with meaningful coping systems, which we will cover in length in the Recovery portion of this series.