A range of emotions affecting a range of addictions. 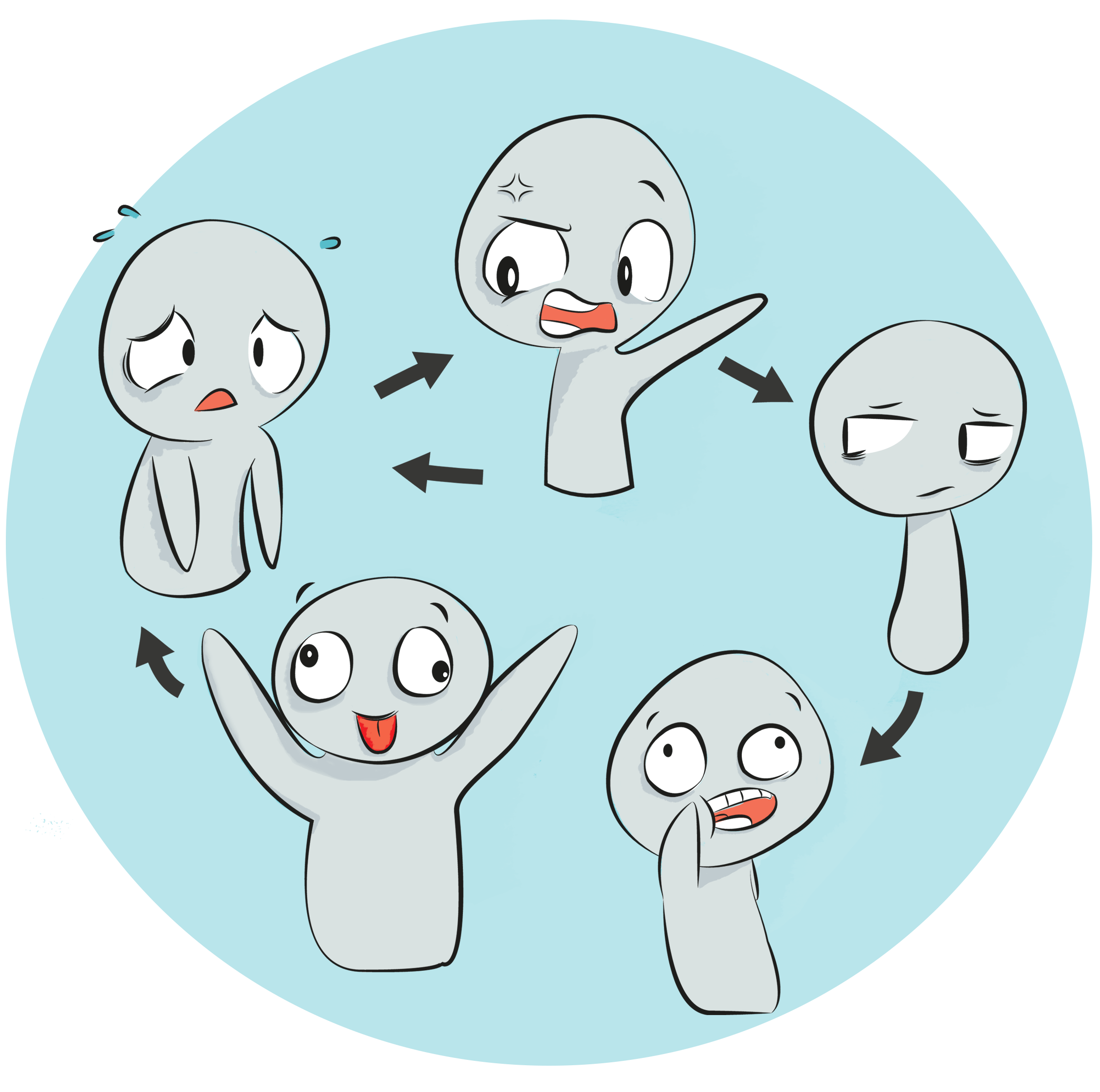 Do you know what bipolar disorder is?

Bipolar disorder, also known as manic depression, causes grave shifts in a person’s mood, thinking, behaviour, and energy. Moods range from the severe lows of depression to the ecstatic highs of mania. These are not fleeting moods - the cycles of bipolar last for several days, weeks, or even months. These are not ordinary mood swings. They are so intense that they interfere with a person’s ability to carry out their day to day activities.

The causes of this disorder aren’t fully known but research says it could be hereditary. The first depressive or manic episode occurs during teenage years. There are mainly four types of episodes in this disorder: mania, hypomania, depression, and mixed episodes.

Symptoms of mania (the ‘high’ part)

■     From being joyful to suddenly hostile, angry, and irritable.

Symptoms are similar to the ones seen in manic behaviour but they are less intense in nature. These individuals are capable of carrying out their day-to-day activities but they experience a higher than normal level of happiness, energy, or irritability. A person might feel they need less sleep and that they can take on more responsibility. He/she might appear more social or talkative. They might not be afraid of taking part in anything risky, like drug abuse.

This is marked by:

■     Feelings of hopelessness, worthlessness, and sadness.

■     Not enjoying things they once liked (Anhedonia)

■     Appetite changes that make them lose or gain

In such episodes, a person’s behaviour is a combination of mania and depression. A person might feel a sudden loss of interest in their day to day activities and may even have suicidal feelings, combined with racing thoughts, becoming impulsive and restless.

Why do bipolar patients feel the need to abuse drugs or alcohol?

Bipolar patients have a tough time functioning, especially during their low or depressed phases because of their feelings of worthlessness, lack of energy, and lack of motivation to do anything. At such times, it is common for a person to turn towards drugs, which act as stimulants and give them a boost of energy. Amphetamines and cocaine are used to help people feel more alert and energetic. Anything that gives them a brief relief from pain is welcome. People take these to mainly help themselves perform at their job and manage other personal responsibilities.

Why is the combination so dangerous?

People with bipolar disorder have abnormal levels of dopamine and serotonin. These are chemicals which are associated with vital functions of our bodies, like metabolism, appetite, sleep, and the way our body responds to stress. They also affect our emotions and stress. Over-usage of drugs and alcohol interferes with the way our brain processes these chemicals, causing restlessness, emotional imbalance, and erratic energy levels within us. Hence, it’s important to know that substance abuse makes the symptoms of bipolar disorder even worse by complicating an already diseased biochemistry.

Yes. But you cannot treat bipolar disorder without addressing the issue of substance abuse and vice versa. The chances of relapses are very high if the person does not get comprehensive care for both of the conditions. Strategies to prevent relapse must address the emotional and psychological issues which trigger substance abuse in a person.

A Dual Diagnosis recovery programme is what is needed in such cases. These programs include a range of integrated treatment services. Cognitive Behavioural Therapy (CBT) along with Dialectical Behaviour Therapy (DBT) can help such patients who have been dually diagnosed to cope with the emotional triggers that force them to turn towards drugs or alcohol. These forms of therapy along with family counselling, 12-step support groups, relapse prevention training, and stress management therapies can help individuals successfully overcome this terrifying co-morbid disorder.