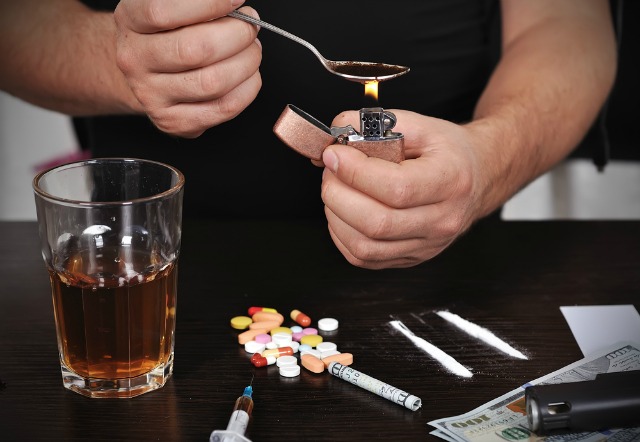 Drug addiction is a formidable foe. Needing an often-illegal substance just as much as you need food or water is not a nice thing, to say the least. Some addicts abuse one drug while some abuse numerous. The case is generally classified as polysubstance addiction when the number of simultaneously abused substances reaches three or more. Sounds like a sticky situation, right?

It is difficult to gauge the effects of polysubstance abuse in general due to the large variety of drugs one may be abusing and their different effects on said person. The mild anxiety a cannabis addict may get as part of withdrawal is not comparable to the severe agony one would be in if withdrawing from such substances as heroin or benzodiazepines. Even then, those withdrawals would set in quickly in the case of heroin, but would take prolonged, heavy use in the case of benzodiazepines. Different drugs have different effects, addictive potential and withdrawals.

The most commonly present as part of the combination in these cases is alcohol. Readily available and a strong potentiator of other drugs, alcohol is very commonly abused alongside other legally prescribed or illicit substances. Again though, it’s hard to judge. People dependent on alcohol fall into a wide range. Some are dependent but don’t drink enough to experience major physical withdrawal, others drink so much they risk potentially fatal seizures if they don’t have a drink or get the appropriate medical treatment. So, it’s not just the type of drug, but also the volume of use.

We’ve established that a polysubstance abuser of some alcohol, cannabis and LSD for example, would be in some trouble, but not as much trouble as another person who is abusing large quantities of alcohol, cocaine and heroin. While addiction is the same at the core in all cases, its effects on one’s life will vary in severity based on quantities consumed and what substance the person is addicted to. Adding even more substances, thus making the case qualify as polysubstance abuse just makes the whole matter more complicated.

One matter in particular which polysubstance abuse complicates is detox. An addict realizes they have a problem, gets admitted into rehab, and it’s time for detox. If his or her addiction was, for example, heroin and only heroin, then a standard opiate addiction detox will take place. If two or more substances are added into the mix, especially ones with physical withdrawals of their own, the whole process becomes severely complicated and possibly even dangerous. Going through opiate withdrawals would be bad enough; now imagine adding the possibility of severe panic attacks or even seizures caused benzodiazepine or alcohol withdrawal. Several medications would be needed in this case, possibly at higher dosages. This not only makes detox harder, but may also prolong it.

So, is polysubstance addiction harder to kick than single substance addiction? In many cases, yes. There may be exceptions (e.g. three “mild” substances vs. heroin or methamphetamine alone). The definite answer would be that it depends on which drugs are abused. One thing is for sure though; polysubstance abuse makes the addiction itself as well as its treatment more complicated. Addiction in general is a complicated issue though, and at the end of the day, it all depends on what the addict was using and how much of it.