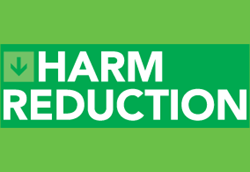 What is harm reduction?

Harm reduction is a public health philosophy and intervention that seeks to reduce the harms associated with drug use and ineffective drug policies.  The basic principle of harm reduction is that there has never been, nor will there ever be, a drug-free society. In-lieu of this tenet, harm reduction aims to lower the level of harm that the abuse of drugs affects addicts living in a particular country.

Harm reduction is done via accessing public health amenities for effective treatment in solving problematic use or abuse of drugs. It does not condemn drug addicts nor inflicts penalty on the affliction of drug use. Conversely, it teaches the addicts as well as the general public using accurate, fact-based drug-education on how to treat drug related illnesses and injury prevention. Its primary pursuit is to promote public health and mitigate harm. Health approaches to drug use, treatment, and policy making are based on the latest science and research.

How is harm reduction practiced in Singapore?

There is no harm reduction for drug addicts in Singapore. Although the government puts up an empathic front for the problem of drug addiction, recent research shows that Singapore’s philosophy of harm eradication rather than reduction has left it in the shambles of being the world’s most stigmatic country towards drug addicts and traffickers alike. It still practices capital punishment for drug offence having a mandatory death sentence for those who bring drugs into the country over a particular amount. Its national objective to eliminate drug offenders rather than the abuse, are based on draconian and punitive measures: ranging from death penalties, caning, long-duration imprisonment, social stigmatization, and monitoring of ex-inmates; in addition to limited treatment facilities.

Nevertheless, recently it has established a Community Rehabilitation Centre (CRC), which is meant to give youth between 16 and 21 years old, a separate setting from prison; to develop means to recover from active addiction. After a short detention stint at the Drug Rehabilitation Centre (DRC), inmates can receive treatment for their addiction. Yet it is still a measure in the wrong direction for it prioritizes stigmatization over recovery, which leaves Singapore stuck in the rut of a damaging problem.

Naturally, most Singaporeans view drug addiction as a stigmatic badge to be hidden and many would refuse to reach out for help as a result of the psychologically traumatic effects, their government has pinned on them. The Singaporean government justifies its system ostensibly as pragmatic and caring, yet at the heart of it; its punitive measures outweigh any attempt at being sincerely empathic towards the cause of the people who matter: Singaporean addicts who need and require genuine help free from stigma and shame. Amid this, the government’s denial is supported by its rationale, which is as follows:[1]

·       The Singapore government continues to meet their international obligation on the supply chain of drugs through eradicating its movement by implementing strict law enforcement against drug trafficking.

·       The Singapore government is critical of needle-exchange programs, which are in need of close scrutiny.

·       Opiate substitution therapy is plagued by ethical, medical, and logistical problems. Ethically, it is merely palliative and will replace one addiction with another. Medically, it increases mortality, the chances of relapses, and overdose; in addition to preventing further medical interventions due to decreasing opiate tolerance.

·       The Singapore government emphasizes prevention, rehabilitation, recovery, the provision of treatment, support of family and loved ones; as well as the eradication of the supply of drugs.

Regardless of these rationales and justifications, Singapore has enigmatic statistics on the tolls of drug abuse from national sanctioned death to the amount of people using drugs in the country. It claims that its harsh measures have managed to curb and curtail the amount of users of drugs. Yet, with unreliable statistics and enigmatic data, these claims can be deemed as part of the national propaganda to uphold its philosophy of eradication.

In reality, however, drugs are distributed island-wide through underground measures from various individuals who have managed to outdo the system. The system in Singapore being harsh has inadvertently done the reverse to its aims. By stigmatizing its citizens, it has eradicated any means for genuine intervention and help into the problem; whilst at the same time fuelling the amount of abuse.

It is in a powerless quagmire over the problem of drug addiction because on the one hand, Singaporean addicts refuse treatment for a treatable illness and on the other, a punitive, punishing government sees little worth in their citizens who have succumbed to this illness. Addiction, being an illness makes Singapore very much at the epicenter of a severe public health catastrophe unless its government is willing to change its views and its methods in dealing with this problem.

How is harm reduction practiced in Malaysia?

Prior to 2005, there has been no harm reduction in Malaysia as part of its aim to be a drug-free society by 2015. In this vain, it had pursued a course of punitive action against addicts and traffickers alike. However, since then, much reforms have occurred in the public and private sectors in the nation to address the issue of harm reduction rather than eradication, allowing more humane efforts to be introduced into the arena of drug addiction treatment.

Unlike Singapore, punitive measures are currently meted out to drug traffickers rather than to drug addicts, having still maintained capital punishment pertaining to the transporting of drugs into the country over a certain amount. This separation makes it possible for the reforms the nation has taken since 2005.

Malaysia has collaborated with the World Health Organization (WHO) to initiate “needle & syringe exchange programs” (NSPs) as well as “Methadone Maintenance Therapy” (MMT) since 2005. “Anti-retroviral therapy” (ART) for those who are HIV-positive has also been administered to drug addicts. Additionally, social care for PWUDs (People Who Use Drugs) have been provided in many public and private institutions; ranging from hospitals, district health clinics, non-government organizations (NGOs), closed institutions, and mosques. Monitoring and evaluation of these programs, providing accreditation and registration of service providers has taken stigma and ominousness out of seeking treatment for this disease.

A Tale of Two Nations: Malaysia Vs. Singapore

Malaysia has gained much approval from the international community on its stance to help improve the condition of the nation’s addicts. The separation of the addict from the illness is necessary to allow for growth and change, which inevitably comes from an understanding and caring society. However, Singapore is still in denial around the ineffectiveness of its measures and should look north for solutions for tackling its own drug addiction dilemma rather than rely on its harshness.