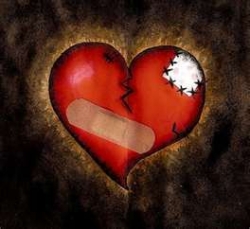 Trauma is a deeply disturbing and distressing experience, which can have severe emotional repercussions later in life. Trauma destroys proper growth in children by hijacking the love needed for nurture and replacing it with fear and insecurity. Childhood trauma can be said to be the root cause of addiction because it activates survival-oriented behaviors that enable the malady. Top traumas that have activated addictive tendencies range from rape, physical abuse, bullying, child abuse, PTSD (Post-Traumatic Stress Disorder), emotional abuse, domestic violence, witnessing violence, experiencing natural disasters, death and near death experiences to name a few. Bottom line, the prevalence and pervasiveness of addiction has at its foundation a life rooted in developmental pain and fear, which needs addressing in order for healing to take place from within.

There is a significant corollary between trauma and the manifestation of addiction. 25 – 75% of the number of people who have survived abuse / who have been violently traumatized have become susceptible to alcoholism. 10 – 33% of accident / natural disaster victims as well as those who have endured illnesses in their early life, have also been prone to alcohol abuse. This correlation is not circumstantial nor accidental in any way whatsoever. Experts say that addiction acts as part of an extended post-traumatic coping mechanism – in other words, the solution for the pain of trauma.

The Neurology / Physiology of Addiction / Science of Trauma-Addiction Corollary

Being a survivor of trauma can switch on certain parasympathetic responses, which cannot be controlled. These responses usually come from internal survival mechanisms. If someone is trapped by a dangerous animal like a bear or a tiger; or if assaulted by a criminal, the fight or flight response is activated by the stressors (adrenaline) that are released through the adrenal glands.

These mechanisms are all meant for basic survival and is useful for when defense is needed. Now, imagine living with the criminal, the bear, or tiger; and having to be constantly on that defense even in the simplest of things – that, my friend, is what living with the effects of childhood trauma looks like. All of this can be explained further by looking into the three parts of the brain responsible for this parasympathetic response:

a)     The Amygdala – In a trauma survivor, this part of the brain will be overactive leaving the traumatized individual in constant surveillance for threats and seeking ways to protect him/herself. Sometimes the toil of living a so-called “normal” life without any foreseeable threats is good enough reason to still be on the lookout for unforeseeable ones.

b)     The Hippocampus – In a trauma survivor, this part of the brain, which is usually responsible for processing memories and experiences has become underactive. What that looks like is that toxic memories of the past ruminate and circulate, re-activating and replaying anxiety, depression, resentment, shame, guilt, and despair time without number.

c)     The Cortex -  In a trauma survivor, survival-oriented instincts will overrule logical thinking and diminish cognitive processing, while decreasing inhibition, thus creating the impulse for compulsive and destructive behavior.

With an amygdala that seeks constant protection, a hippocampus that activates threatening scenarios through emotional and memorable recall at any time whatsoever, and a cortex that compliments this sordid scenario with destructive behaviors done on impulse, it is no wonder that trauma survivors turn to addiction for relief and keep at it regardless of the cost and consequence!

Safety and Control – Drivers for Survival and Addiction

If I were to tell you that one’s desire for addiction is the noblest thing one would have done, would you be surprised? After all, addiction has so much internal bad press from being the root of all one’s woes, how could it ever be up there with things that are deemed to be noble? Well, for a start, addiction started off as a desire to feel better and survive a traumatic event. This desire is a noble desire because it is at the very heart and root of survival. In other words, it is a desire for life, which if anything has to be edifying. Much shame around being an addict could be removed if only we could embrace this initial noble intent to which addiction held at one time in life. So, instead of awfulizing one’s dark history in addiction, one could see the positive intention that created the need for it in the first place. These are the noble attributes to addiction and how it helped one before it became the problem:

·       Stay Safe: It allowed the survivor of trauma to feel safe and protected after the event.

·       Escape Memories: It allowed the survivor of trauma to escape the process of an impaired Hippocampus, which was damaged due to the traumatic event.

·       Soothe pain: Traumatic events leave many with emotional scarring, which is painful to bear. Addiction soothes this pain for a brief moment.

·       Be in Control: Survivors of Trauma want to be in control because it was the powerlessness of their situation that caused the trauma in the first place. Even the fallacy of control helps to bring sanity and dignity to the troubled self.

·       Create a world that’s tolerable: Trauma teaches that the real world in whatever forms it takes is a dangerous place – so an alternative reality is very much sought.

·       Treating oneself the way one deserves: If love and nurture is unattainable, then synthetic means of evoking it is sought after and entitlement of it follows closely.

·       Redefinition of Self: Addiction provides brief self-empowerment and an identification that is far removed from the reality and worldview of the traumatic event. In other words, the world is seen as the home of trauma and pain; whilst addiction holds the promise of a better reality with all the perks that go with it.

There are a number of ways one can recover and heal from childhood trauma and thus address the very roots of the addiction. If addiction is to be seen as a tree, pruning the branches solves part of the problem, and more of the problem is address if one cuts the tree down. However, if the roots are not uprooted, chances are, that the tree will grow back. The same goes for addiction. In order to fully recover from this ailment, uprooting the problem from its root, is fundamental to complete recovery, and I say this unabashedly for nothing less than complete freedom is what one deserves, and overcoming developmental / childhood trauma is the best thing one can do to attain that reachable goal! Below are a number of therapies one can go for to address this issue further:

MORE BLOG Articles:
Treatment for Hashish Addiction
Tramadol Addiction Treatment at Solace Asia
Cocaine Addiction and Treatment
WANT TO GET YOURSELF OR SOMEONE INTO
TREATMENT?
We're here to support you.
Enquire today