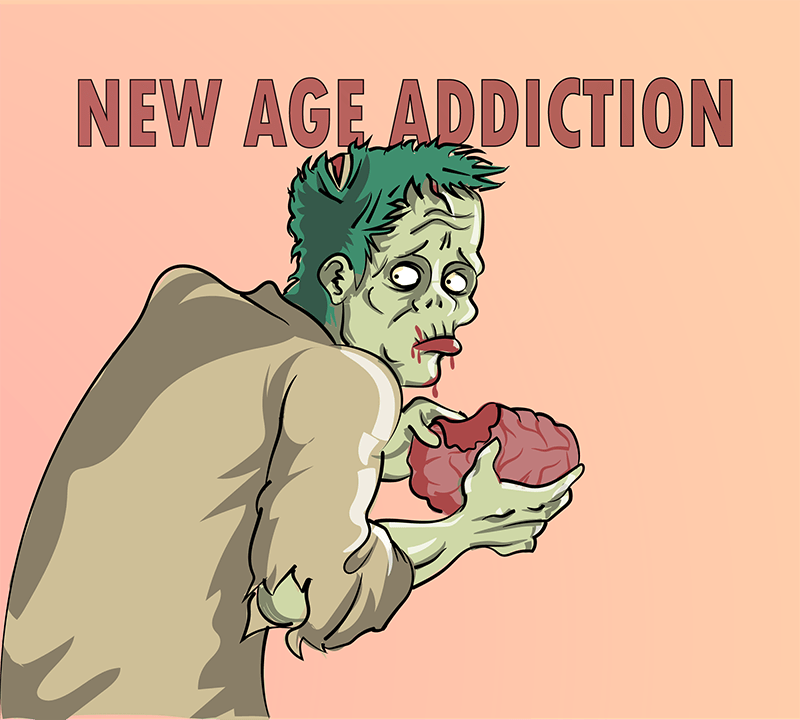 There's a drug that's capable of changing humans to become crocodiles or zombies. It's cheaper and easier to produce than Heroin. This motivates many addicts to pursue it regardless of its ill effects. In short, the monster's out. It doesn't just change people to look like crocodiles, but in fact, acts like the animal in many ways. It is a flesh eating drug that usurps life by corroding the body from within.

The History and Chemistry of Desomorphine

Krokodil has the term "Desomorphine" as its scientific name. It's a derivative of morphine. As an opioid, it has fast, powerful sedative and analgesic effects. In 1932, it was synthesised and patented in 1934. It began in Switzerland as the drug "Permonid." Being eight to ten times more potent than morphine, it was favoured over morphine. Also, users were not nauseated by similar doses of morphine by using this derivative. Hence, Desomorphine gained much popularity.  Desomorphine has a similar chemical structure to morphine. It consists of alpha/a-chlorocodide, made from the reaction between thionyl chloride and codeine. The catalytic reduction as a result of this reaction creates desomorphine and demethylation. Due to its a-chlorocodide content, it's been nicknamed "Krokodil" or "Crocodile". Just like the "Crocodile", it eats its victims piecemeal. Hence, the nickname isn't too far fetched for the ill effects of the drug. Also, it was nicknamed "the Zombie" for its potency. Yet, again from its ill effects, such a nickname has been nothing but prophetic.

A Disfiguring Addiction From The Russian North and Interior

The most prolific users of Desomorphine come from Russia. It's a horror story come true because it's easy to use, but horrendous in effects. It only takes a couple of dollars to buy the ingredients. They can be obtained from pharmacies such as codeine. Added to that, users just need to cook the codeine with paint thinner and red phosphorous from matchstick boxes. The acrid stink resembles the high one gains from heroin. Except a hit of heroin would cost addicts $20, a hit of Krokodil would be a fraction of the cost.But, the abrasions as a result of burst blood vessels, and the onset of gangrene, producing a scaly aftermath, gives Krokodil its name. This disfiguring disease is centred in the Russian north and interior. Many addicts state that they take the drug due to the 8-months' long winters that create severe depression and boredom. The cycle of addiction carries on until addicts seek treatment. Though, with very little intervention, many die after two to three years of addiction.

The escalation of Krokodil addiction is not pretty. As addicts consume more and more of this toxic drug, bits of themselves will begin to fall off. For example, they will lose limbs, fingers, and other parts of their body due to acute gangrene. Hence, the drug also goes by another name: The Zombie, for it produces actual living zombies in the process of escalation. Escalation is an inevitable part of untreated addiction. Find out more, by reading our blog on "what causes addiction."

Factors that favour "The Crocodile" or Krokodil  addiction As a disfiguring drug, why would addicts still favour "The Crocodile", as their drug of choice. Below are a number of factors that favour this drug above all others, especially heroin: As mentioned previously, it's easy to make. Krokodil involves codeine, paint thinner, and the phosphorus from the sides of matchstick boxes. Cooking it costs next to nothing. So, most addicts can afford to upkeep the addiction financially. The ingredients are unsuspiciously legal. Most drugs such as heroin, marijuana, and cocaine are strictly illegal. But, Krokodil are made with what are assumed harmless household items. But, in Russia, due to the outbreak of Krokodil addiction, the government has taken steps to censure the consumption of codeine. To read more about legal drugs, click here. Also, as mentioned before, the region most affected is cold most of the year. Boredom and the depression from the Arctic winters that last 8 months a year, drives the addiction.  When life has no purpose, the stinking thinking of addiction will reign high. For more on this type of thinking, take a look at: "Stinking Thinking in recovery."

Desomorphine has negative effects. Below is a list of some of the adverse effects of this drug: Disfigurement of skin Due to high toxicity, blood vessels will burst in the area of injection. This will create a gangrenous and scaly effect on the body. Users will look more like a reptile (i.e. a crocodile) than like a human being.  The drug eats one's flesh  As a result of immense tissue damage and infection, the wounds fester. Eventually, part of the body will fall off due to circulation problems. For example, one could lose limbs, fingers, toes, etc.. This qualifies it as "The Zombie". Brain Damage As addiction worsens, the brain becomes slow and to a certain extent retarded. Some parts of memory and recall may be lost forever. This could leave addicts with brain problems such as slurred speech and poor recall.

It's never too late for treatment Addiction increases over time. As a chronic disease, it gets worse over time. How this translates for addicts the world over is increasing use of their drug. If addicts are used to 1 gram today, it will increase exponentially to greater dosages over time. But, treatment addresses the real problem behind addiction. It addresses the underlying problems, that range from the pain of relating with others and a traumatic past. Learn how the traumatic past influences addiction by reading our article on"trauma as cause for addiction."  You can also learn more on how painful relationships lead to addictions, by clicking here.

Yet to address these, addicts need to be separated from their drug. At Solace Sabah, the journey can begin for you or a loved one. Don't let addiction of any kind take away your right to life. For more information on treatment, call us. We're always happy to help.