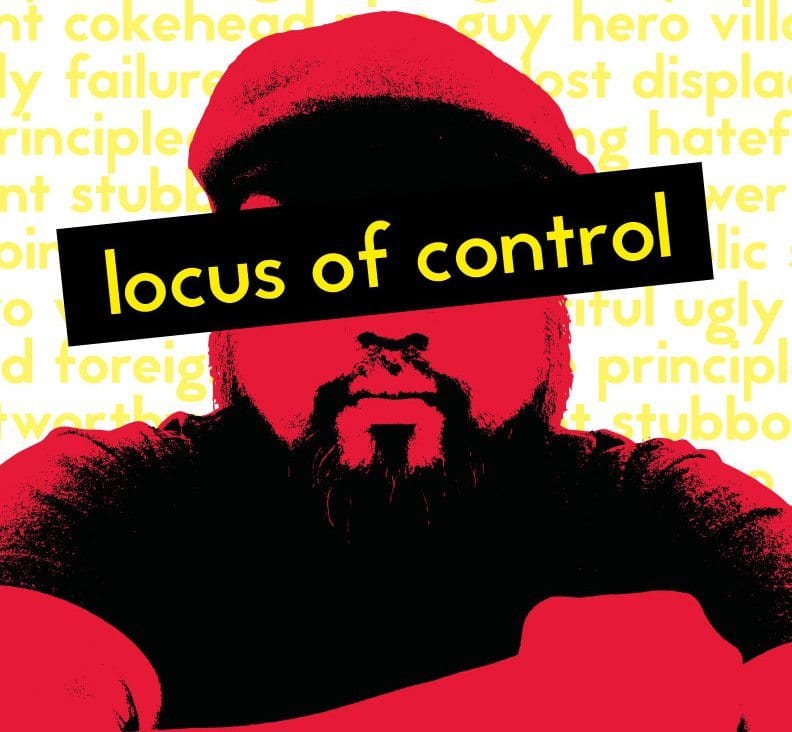 The Benefits of Internal Locus of Control

Personality Psychology & The Benefits of Internal Locus of Control

Understanding what drives individuals has always baffled yet inspired psychologists over time. Some people are motivated by their inner resources, whilst others find outside inspiration to tag them along to the next part of their lives; whilst some of us are a hodge-podge of mixtures and contingencies all vying for space within our complex make-up as human beings. Whether we are motivated from within or without or both depends a lot on our personality or the type of person we are. Even then, there are a lot of schools of thought to contend with. When it comes to talking about what really matters in life, we human beings can be the most complicated yet simplistic animals out there!

The area of Personality Psychology is a branch of Psychology devoted to understanding personalities and its variations among individuals. The word, “Personality” comes from the word for masks in Latin – “persona”. A personality is a dynamic and organized set of characteristics that forms part of a person’s make-up as a result of unique interplay between the person and his/her environment, thoughts, feelings, and behavior. Overall, personalities identify the person’s mannerism and perception of the world in which they live in.

Furthermore, this diversified viewpoint is broken down into a number of arguments that dichotomize the philosophical assumptions around the makeup of one’s personality. Those dichotomies are as follows:

This is the question on whether human beings have control over their own behavior by understanding personal motives and values; or whether behavior is causally determined by external forces out of one’s control.

Are behaviors determined by biology and genetics or does nurture play an important role? This is the question of nature versus nurture in determining the origins of human personalities.

This dichotomy bespeaks of individual peculiarities as forming personalities or the bounty of similar features found in all personalities linking everyone in a common bond.

This divides those who believe that individuals actively play a role in forming personalities (Active) or whether their personalities are reactions to outside stimuli (Reactive).

Theories of personality that emphasize personal change and growth through education have a more optimistic purview than those who don’t.

Why does all of this matter?

Having knowledge on how psychologists view personality and to which view they practice will help us come to terms with our own understanding in this subject matter. It matters a great deal because whether we define our personalities as internal or external, from within or without will depend on our own convictions within these dichotomies and debates that are still on-going both in the theoretical landscape of universities and the clinical one of treatment centers. The importance is in identifying which locus of control is prescribed.

The word “Locus” is Latin for location and therefore locus of control is a template for understanding the extent to which individuals believe they can control events which affect them. Some people’s locus of control is internal, which means that they believe that what controls their life are choices they make for themselves at any given time. They hold on to a personal conviction that they are responsible for their own life’s outcomes. Conversely, others may have an external locus of control. This means that they believe outside factors such as chance, fate, and the environment play a great deal in shaping their lives. They give more credit to the people, places, and things of their universe to carve their destiny.

Our belief at Solace Sabah: It is important to have an internal locus of control.

For us at Solace Sabah, fatalism is not an idea we teach our clients. Although many have entered our doors believing in external forces that are responsible for the dilemma of addiction, we believe that unless one takes personal accountability for the problems of one’s own life, change is difficult to attain. In-lieu of that, our hope for clients is to embrace an internal locus of control for complete personality change, which is essential to overcoming addiction. Those with an internal locus of control will benefit from others because:

Having an internal locus of control allows individuals to own and carve a personal path, which coming from the inside of the self is well-suited to the person as a whole. A great number of studies have shown that internals (people who have an internal locus of control) are far greater at succeeding treatment due to not seeking approval from the outside world nor blaming the outside world for their faults and failures. They are less inclined to suffer severely from trauma and as a result gain a much higher self-esteem because they do not let the world judge them, but in turn have compassion on their own system for growth and development. They are confident and optimistic, which in the long run endows them with a greater sense of well-being than their external counterparts.

As a result of not wanting to please anyone but themselves, they can weigh rationally what would benefit them as compared to what has benefited others at the expense of self (self-sacrificing). Hence, they have an inner desire for healthier activities such as exercise, adventure, sports, making friends, and healthy concerns for nutritional food. As they take responsibility for their own life, they cherish it more, thus producing productive behaviors in the long run. Externals in self-sacrificing martyrdom, will often times come up with excuses for indulging in unhealthy behaviors as a means to reward themselves for putting up with the near to impossible expectations of the outside world.

Internals are adept to taking personal responsibility for their actions. This makes it less likely that they will relapse into active addiction out of rebellion because at the end of the day, if one is responsible for one’s own actions, who is one rebelling against? Again, there is no likelihood of justifying unhealthy behaviors with the negative conditions of the world we live in.

Internals are more intelligent than externals. This is because they are not seeking others’ guidance nor approval for thinking. They are driven from within to attain new knowledge and to put their minds into rigorous action to seek personal solutions for their problems. Hence, this enables them to be more successful in learning and academic achievement for most of their solutions are original, authentic, and unique; signifying a leap in human evolution rather than following archaic knowledge inherited by the herd of humanity, which for most of the times is impractical and limits cognitive growth.

As a result of authentic cognition and an enterprising personality, internals display more motivation to innovate, complete tasks, and perform well. They are an asset for they come up with newer ways to tackle age-old problems. They question the norm with insights that externals have never thought about, simply because it was not in the curriculum nor within the law. In other words, the very nature of thinking out of the box by connecting within, separates them from the mundane.

Internals get their drive from what comes most natural to them. This connection with their internal nature or inner experience (Qualia) helps them to assess social situations from a realistic perspective as it concerns them. This truthful assessment of reality rather than suppositions and assumptions based on social trends or traditions, makes internals more desirable and sought for due to their authentic disposition than externals who rely on the latter rather than the former.

The Heart of Internality: The Inner Experience (Qualia).

In Philosophy, “Qualia” denotes instances of subjective, conscious experience, which is tied intimately to one’s own personal reality. Qualia determines how humans behave, act, and respond. Two academics have this to say about qualia:

Daniel Dennett (b.1942-), an American philosopher and cognitive scientist regards qualia as “an unfamiliar term for something that could not be more familiar to each of us: the ways things seem to us”.  While Erwin Schrodinger (1887 – 1961), the famous physicist comments that “The sensation of color cannot be accounted for by the physicist's objective picture of light-waves. Could the physiologist account for it, if he had fuller knowledge than he has of the processes in the retina and the nervous processes set up by them in the optical nerve bundles and in the brain? I do not think so.”

What these two statements essentially sum up is that our perception of anything is influenced by our inner experience of things in general. A car may be a vehicle for transport to someone or might be an object of trauma to another. It all depends on the experience of the object in question. If this is true for reality, hence it stands for certain that the internals have got life pegged on the right line. In other words, suffering begins when life is lived against our inner convictions. We form our own truths and therefore, it is imperative that we follow our own hearts into a life that’s meaningful!