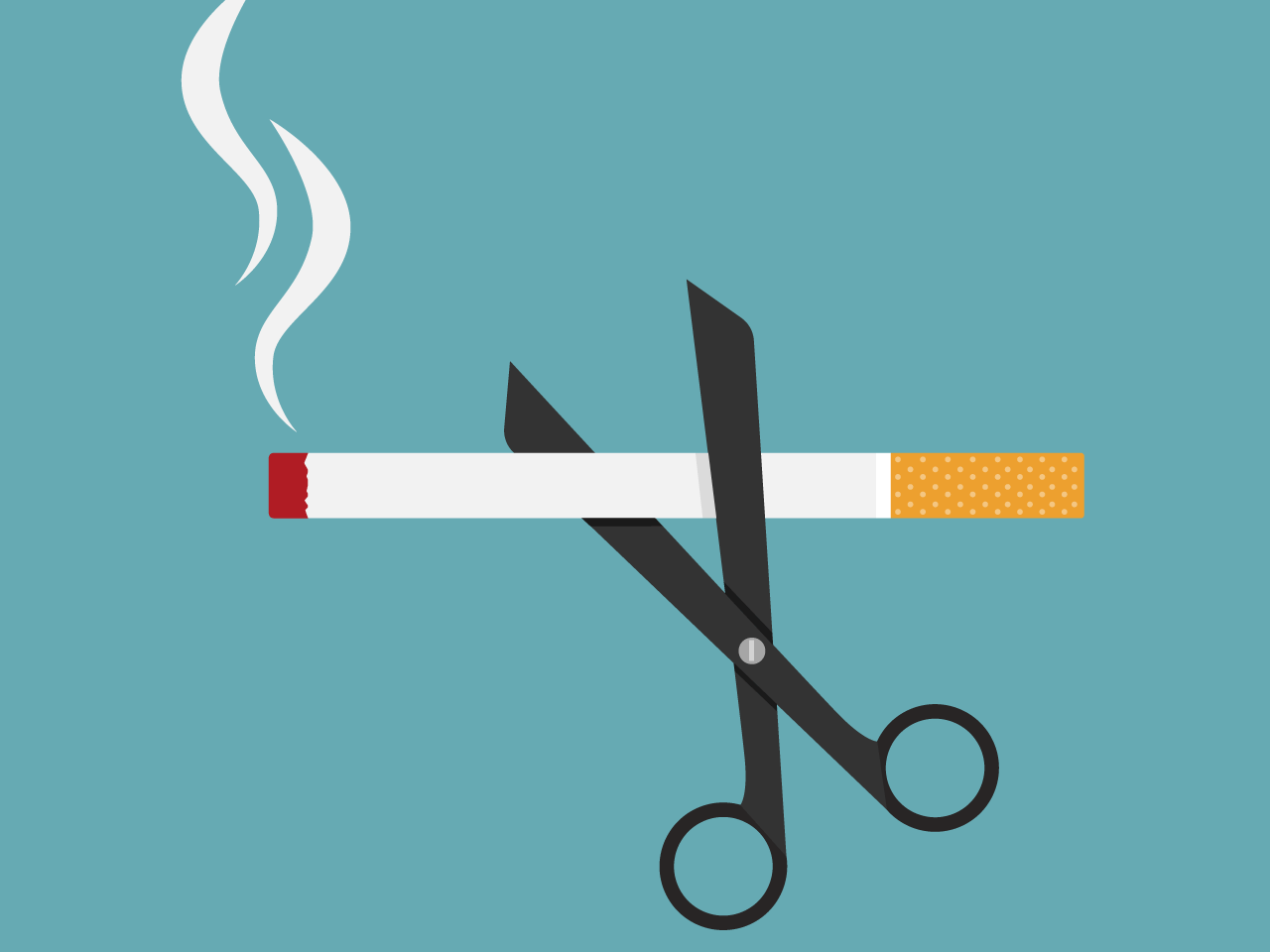 Tobacco! When smoking turns into a slippery habit for addicts

When seeking treatment for substance abuse, most addicts or alcoholics will be preoccupied with addiction towards their primary addictive substance of choice/no choice. However, very few if any will notice another substance lurking in the marshes of recovery, awaiting a puff or a blow whenever the opportunity arises for its use. Introducing the interloper, “Nicotine”, the substitute addiction deserving of no attention in the recovery cart.

Such attitudes have served the grim-reaper well as 50% of deaths in substance abuse treatment populations have resulted from tobacco-related disease. It is a worrying trend seeing that 92% of those in chemical treatment centers are themselves, smokers. These numbers are a major concern and hence addressing why addicts/alcoholics ought to enlist Nicotine as one of the items to give up for recovery becomes ever so pertinent.

Why should we quit smoking in recovery?

There are a number of reasons for ceasing this habit, notably wanting to live a drug-free existence. Yet even this noble trend has been wrought with much myth and rationalization, mainly the idea that smoking is the one vestige against a probable relapse. Conversely, smoking may be the reason to keep certain defects, which may in the long run compromise recovery. Besides this, there are many other reasons why we should quit smoking in recovery, namely:

Nicotine is in fact an addictive drug with severe consequences

Nicotine tightens blood vessels and lowers good cholesterol causing the stretching of arteries and the building up of bad cholesterol (atherosclerosis). It also puts people at risk of lung, larynx, esophagus, and blood cancers as well as various other dysfunctions such as: erectile problems, type two diabetes, and macular degeneration to name a few. In other words, it is just as; if not even more so destructive as alcoholism.

Quitting smoking does not threaten sobriety

This is tied to the myth mentioned earlier that smoking is the last “evil” that addicts in recovery possess; and that the whole of recovery will come down tumbling, should smoking be removed. Nevertheless, it has been proven that drinking alongside smoking has helped to increase both addictions exponentially. This is because they support each other. If anything, smoking may lead one back to an alcohol relapse as it is nicely-paired. Whereas, complete chemical abstention can only be attained when one is free from all addictive substances; and Nicotine is undoubtedly one of them.

For those contemplating a cessation of their smoking careers, much help is available. Addicts and alcoholics in treatment could use the opportunity of their primary treatment to aid in ceasing this other addiction. Additionally, there are many prescriptive medication, which can be taken alongside counseling; as it is indeed the surest way to succeed in kicking this habit. One could also join “Nicotine Anonymous”, which are 12-step meetings, specifically catered to those who wish to give up smoking for good.

You or your loved one is not alone

There are many people who have taken this exact same opportunity to quit while in recovery. There’s a significant growth in the number of non-smoking meetings as a result of this trend. Furthermore, addiction professionals have included nicotine cessation as part of the recovery program in many rehabilitation centers. Additionally, the OASAS (Office of Alcoholism and Substance Abuse Services) have issued a directive issuing that all 1,550 treatment centers in the state of New York be smoke-free environs. This trend is possibly going to be followed by treatment centers U.S. wide.

One of the sparks of recovery is vitality and radiance. The more one is exposed to abstinence and sobriety, health and well-being become the noticeable effects of such action. Many addicts/alcoholics will develop an intolerance for substances that cancel this effect. Undoubtedly on the list of such chemicals is nicotine. Hence, the trend to give up smoking has been for most, the direct result of simply wanting to be healthy with a dynamism and zest for a renewed life. It is thus guaranteed that undergoing this challenge to give up tobacco is not without its lasting rewards towards greater health, wellness, and vitality all round!

Products to help you or your loved one quit smoking.

One does not have to go “cold-turkey” when quitting smoking. Below is a list of products that are available to help you or your loved one quit this nasty habit:

Over the Counter (OTC) Medications

They can be found at local drug stores. One example is Nicoderm CQ, which works by delivering small doses of nicotine through the skin so as to reduce cravings. One usually goes through several stages, weaning intensity over time. It usually takes up to 8 and 12 weeks to be fully free of the dependency according to the MAYO clinic.

Chewing this gum gives smokers in early withdrawal, a replacement tool to “busy” the mouth. Smoking involves much oral activity, hence quitting smoking leaves the mouth without much to do, hence the need to keep it occupied somehow. Nicorette is an example of nicotine gum, which helps this process along.

Taking a lozenge is another method of keeping the mouth busy through oral activity. Nicotine lozenges such as those made by GoodSense help to control cravings. As they are short-acting, it is suggested that smokers in early withdrawal take up to 20 lozenges per day, according to the MAYO clinic.

It is a quit-smoking app, a joint-venture by the American Lung Association and Pfizer, which provides daily tips for those in transition to nonsmoking. It has tracking features, goal-setting capabilities, and allows you to build a “quit-team” of friends and family who supports your efforts.

It is another quit-smoking app from Smokefree.gov. You need to sign up at SmokefreeTXT to receive encouragement, tips, and advice via text whenever needed.

It is a free support service, which includes plans to reach one’s goal to quitting smoking. It also teaches one all about nicotine addiction and smoking.

This is exactly like the patches, except that it has varied levels of prescription strength. It should be prescribed by a medical professional.

Chantix (or Varenicline) is a drug devised specifically for quitting smoking. It targets the part of the brain that corresponds to nicotine. Zyban is an antidepressant is a secondary treatment option for quitting smoking according to the Center for Disease Control (CDC), but it is unclear as to how it functions in the de-addiction process.

The phenomenon of “vaping” or electronic cigarettes has become the latest means to quit smoking. It is the process of replacing tar-filled cigarettes with pure nicotine vaporizers. It is said to be 95% less harmful than actual smoking and it is reported that many have actually managed to stave the habit of smoking for as long as a year if not indefinitely as a result of such substitution strategies. The idea is to enhance the amount of raw nicotine into the e-cigarette daily, not intermittently with normal cigarette smoking for clear results.

Tobacco smoking turning into a slippery habit for addicts.

As much as many would like to rationalize it as; smoking is indeed an addiction deserving of abstention. Yet, it is up to the individual addict to live with the consequences of their actions. If smoking still serves as that final “gem of delight” amid a path of abstinent self-pity, then so be it: live with the consequences, and be happy with it! Nevertheless, if one is unhappy due to the health concerns and has a desire to break free from all chemical dependency, then, the door is opened for ultimate freedom and the chance to live as one deserves – in the serenity, vitality, and radiance of healthy recovery.

MORE BLOG Articles:
METH - MALAYSIA'S BIGGEST ENEMY
RECOVERING FROM ADDICTION AT SOLACE ASIA – AN OVERVIEW OF YOUR DAY IN TREATMENT
GAMING ADDICTION – WHEN AN HOBBY BECOMES A DISEASE
WANT TO GET YOURSELF OR SOMEONE INTO
TREATMENT?
We're here to support you.
Enquire today