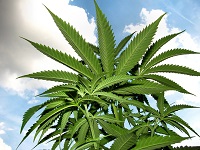 The narrative of drug abuse in particular which is marijuana has a relatively “better”reputation in comparison to other hard drugs like heroin or cocaine. In 2019,the National Institute of Drug Abuse (NIDA) states that there have not been any reports of an overdose by marijuana alone. This would imply that one who abuses this particular substance cannot cause life-threatening symptoms such as being eternally at rest.

The NIDA in 2019 also suggests that most people who frequently use large amounts of marijuana reports the following; having lower life satisfaction overall, having poorer mental health state, subjugating to poorer physical health, and are subdued by more relationship problems (both interpersonal and intrapersonal communication being affected). Besides that, people also report less academic and career success as an effect of using marijuana after a prolonged period of time. An instance would be, marijuana use is being linked to a higher likelihood of performing poorly in school, thus, increasing the likelihood of dropping out of school. To add on, it is also linked to more job absences, accidents, and preventable injuries like minor cuts and bruising. Albeit the case, the NIDA in 2019 also cited that the use of marijuana has been increasing ever since 2007.

All around the world countries like Jamaica, Costa Rica, Belize, Mexico, Uruguay, Netherlands,Portugal, Spain, Switzerland, Ukraine, and Ecuador has decriminalized recreational marijuana. Meanwhile, countries like Argentina, the Czech Republic, Russia, and Australia have passed bills to legalize the use of medicinal marijuana (Medrano, 2019). There has been a surge of news reporting on the legalization and the acceptance of marijuana or weed in the past years (Budney, Roffman, Stephens, & Walker, 2007). Upon the legalization that has occurred in Canada in 2018, there has been a spike in marijuana sales that could not keep up with its popular demands.

However, the gradual incremental amount of tetrahydrocannabinol (THC) in the use of marijuana has increased the rise in emergency room visits and this would also indicate a higher probability of being addicted (Mehmedic et al., 2010). Thus, it begs the question of how effective will the treatment of marijuana be?

There are treatments like behavioral and psychological support that is being used vastly by drug abuse rehabilitation centers like using therapy and motivational incentives (NIDA, 2019). At the time of this article is released, there is no medication that is able to cure marijuana use disorder. However, there could be further advancement to creating better medications in helping to ease withdrawal symptoms, relapse prevention, and to perhaps block the effects of marijuana (NIDA, 2019). The prognosis for treatment of marijuana in Malaysia has not been widely available or it is under-reported. Nonetheless, Dryden-Edwards reported in an article on MedicineNet in 2018 that the prognosis of marijuana addiction is relatively high when treatment is provided on a regular basis. In spite of that, the relapse rate is also relatively high.

The treatment plan mapped out by the Addiction Center in 2019, that is widely offered in the market utilizes behavioral therapy that typically lasts up to 12 weeks. This approach is to address one’s motivations and addiction to help manage cravings and relapses through psycho education and ongoing therapy like Cognitive Behavioural Therapy. After completion of the inpatient treatment, one will undergo outpatient psychotherapy and continue to attend support groups like Marijuana Anonymous (MA) or Narcotics Anonymous (NA) to help support their recovery journey. Besides the traditional 12-step program, the SMART Recovery program can also be a substitute that is available in some support groups.

Thinking in retrospect, the preconceived notion is that marijuana will not kill because it is a drug that one can never overdose from marijuana (NIDA, 2019). Recent literature by Drummer, Gerostamoulos, and Woodford this year in 2019, suggested that this might not be the case and that cannabis may be a noteworthy contributor to sudden and unexpected deaths within a few hours of consumption.Reading this alone, one should not take the addiction from marijuana or cannabis lightly, while heeding the recent findings that cannabis is able to end one’s life unexpectedly. The full repercussions of what marijuana can do to our body system are rather uncertain and the potency of the drug and the strains that we can harvest from the cannabis plant is not fully explored yet could be part and parcel of the illegalization of this plant worldwide.

With such limited treatment options within the behavioral and psychological domain in Malaysia alone, there should be more variety of approaches and different styles of treatment introduced with proper backed up scientific validation of its efficacy. The government should also take a stern but precautious slant of the legalization of marijuana for both medical and recreational purposes. The enactment of proper laws and procedures needs to be looked into perilously to curb the ever-growing industry of chemical substances (Substance Abuse and Mental Health Services Administration (SAMHSA), 2007).

Medrano, K. (2019). The Best Countries Around the World to Smoke Weed. ​Thrillist. Retrieved from https://www.thrillist.com/vice/30-places-where-weed-is-legal-cities-and-countries-with-decriminalized-marijuana

MORE BLOG Articles:
Treatment for Hashish Addiction
Tramadol Addiction Treatment at Solace Asia
Cocaine Addiction and Treatment
WANT TO GET YOURSELF OR SOMEONE INTO
TREATMENT?
We're here to support you.
Enquire today