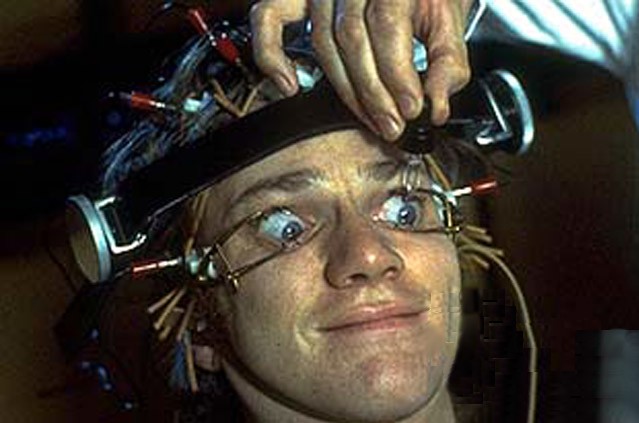 What is Aversion Therapy?

What is Aversion Therapy?

What happens when you have food poisoning? Often enough when faced with the meal that was responsible for food poisoning with a bout of nausea, or even vomiting; chances are you are not going to eat it again. Well, aversion therapy works pretty much the same way. In fact, it even applies the same process of feeling nauseous and vomiting; except with the intention to eradicate strong desires for undesirable behavior.

So what is aversion therapy? It is  therapy based on associating unpleasant feelings or consequences with a particular pleasurable behavior, which has been deemed undesirable. Aversion therapy has been used in conversion therapeutic settings where there’s a desire to change one’s undesirable habit; notably used in the treatment of addiction.

The therapist will apply various stimuli to offset the unpleasant feeling, which will thence be associated with the undesired behavior or substance. The types of stimuli used in aversion therapy are as follows:

This must not be confused with electroconvulsive therapy (ECT), where electricity is applied to the brain for treating depression. Electrical shock here is applied to parts of the body like arms, legs, or genitals via electrodes attached to an electrical-emitting device. Electrical shock will be applied each time an individual experiences pleasure in the undesired behavior. For example, with homosexuality, homoerotic pornography will be viewed by the participant and electricity applied each time the patient feels excited by the sexual acts performed on screen. Eventually the patient will associate homosexual behavior with the pain of being electrically shocked and hopefully will not engage in it again as a result. It is a controversial form of therapy and pretty much an icon of treatment centers gone feral. In spite of its safety if administered responsibly and with much care by the clinician; it can have adverse effects on the well-being of a recovering addict.

These consist of medication that’s taken to offset unpleasant feelings or have an unpalatable taste. These medications are usually taken together with addictive substances. For example, in treating alcoholics to have an aversion to alcohol, an emetic (a medication which induces nausea and vomiting such as Disulfiram [Antabuse]) is taken alongside some alcoholic refreshments. Chemical stimuli have a number of disadvantages in its use, namely the fact that the medicines are expensive. Besides that, the side-effects may be unpredictable and uncontrolled as it depends on the client's’ health and ability to cope with nausea and vomiting. As due care must be made, usually inpatient or hospitals are needed to conduct the treatment, hence, using chemical stimuli can be rather grueling and costly.

Olfactory refers to smells and gustatory refers to taste. These are stimuli that give off an unpleasant smell or taste as to avert its user from further use. For instance, painting the nails of those suffering from compulsive nail biting with a bitter substance in an attempt to avert such behavior.

This is a mental means of averting individuals without having to use physical or “overt” measures. Covert sensitization involves imagining the aversive consequences of certain behaviors and or substances. For example, for a binge eating disordered patient, imagining cakes or ice cream smothered with maggots, mud, and cat urine is a fine way of putting the patient off overeating without having to resort to any active intervention. This method has been prescribed in the 12-steps where step one involves addicts to inventory their negative experiences of their using behavior. As the whole process of awfulizing addiction happens in the head and is painless, it is considered a much more ethical measure than the “overt” measures described in the previous section. Nevertheless, this process works best on those who have high motivation to change.

At Solace Sabah, we do not believe in the use of Aversion Therapy!

We treat our clients as patients and not criminals deserving of punishment. The problem with aversion therapy is that in spite of its therapeutic value in averting addicts from their addictive behavior, it will engender recovery as punitive action, which will not be long-lasting.

For recovery to take root, one must be motivated at the core to want the changes a recovery lifestyle entails. To voluntarily create a painful situation will merely prolong the addiction because it becomes that “forbidden fruit” rather than that “demanding pest”. Giving addictions the value as something pleasurable, which is forbidden, only promotes relapse even further. Furthermore, the measures taken to proceed with treatment is deemed barbaric and inhumane due to the infliction of physical pain involved. Hence, rest assured at Solace Sabah, we will not resort to the use of aversion therapy as it is far more harmful than productive to lasting recovery and effective treatment.

MORE BLOG Articles:
Addiction and Brain Changes
Signs of a Drug Addiction
3 REASONS TO CHOOSE SOLACE ASIA DURING THESE DIFFICULT TIMES
WANT TO GET YOURSELF OR SOMEONE INTO
TREATMENT?
We're here to support you.
Enquire today