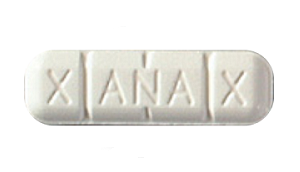 Xanax is the trade name for the drug, “Alprazolam”, which is one of the drugs categorically known as Benzodiazepines. Benzos, as this drug is more commonly termed, are a group of drugs prescribed by doctors for the treatment of anxiety. It is known around the world to be a muscle-relaxant, anxiolytic, sedative and anticonvulsant, which depresses the central nervous system (CNS) relieving the user from much anxiety and stress. With rapid onset and low toxicity as compared to other drugs, Benzos were used as a viable replacement for Barbiturates in the prescription of anti-anxiety and depression medications in the 1970s and has proceeded to be the go-to drug for such ailment to the present day.

Xanax is so addictive because its substance, alprazolam, binds to specific GABA (Gamma-aminobutyric acid) receptors and boosts this neurochemical resulting in an instant relaxing and calming sensation upon use. Xanax is available for oral administration in compressed tablet (CT) and extended-release capsule (XR) formulations. Due to its pharmacological properties in having such high affinity binding with GABA, high potency, added with short and fast acting onset of action; increases the addictive potential for abuse!

How is Xanax abused?

Usually this drug is taken orally either in CT or XR; both of which are in tablet forms. Abuse of Xanax may result in the taking of 20 to 30 pills daily. In severe cases, Xanax is also crushed and injected into the bloodstream. According to the chat forum, the purpose for intravenous use is to avoid detection in the urine as it metabolizes faster in such circumstances. Others may smoke the pill using a tin foil or that they insert 1 – 4 mg of alprazolam along with the tobacco at the end of a cigarette stick to be smoked. Such scenes are commonly found on the street or in shady dance and club establishments. Within the community who abuse Xanax, it is called by various terms such as Footballs, Planks, Z-balls, Xannies, and Blue Footballs to name a few.

Addiction to alprazolam is the first outcome of abusing this drug. Besides being addicted, there are a number of effects from abusing Xanax, which are as follows:

Being an addiction, addicts to Xanax are unable to stop using in spite of severe negative consequences.

Addicts lose interest and joy in other activities.

Addicts become obsessed and preoccupied with the process of using and obtaining the drug.

Addicts may face legal problems due to Xanax. Such risky behaviors like driving under the influence of the drugs may bring addicts in conflict with the law.

Loss of family and important relationships because all that matters, is the drug.

Xanax withdrawals can take hold within hours after the last dose, and may peak in severity from 1 to 4 days thereafter for those with mild to general abuse history. For acute abusers, symptoms may peak within the second week and begin to subside henceforth. The symptoms of withdrawal will again vary according to one’s using history and each withdrawal is its own unique experience. Yet, the following symptoms are to be expected: Headaches, blurred vision, muscle pain, tremors, diarrhea, numb fingers, sensitivity to light and sound, loss of appetite, insomnia, palpitations, sweats, anxiety, panic, paranoia, and seizures.

It is risky to withdraw in one’s own company. Medical detoxification and monitored withdrawals may avert a number of unpleasant outcomes during the withdrawal process such as uncontrolled seizures and death. Hence, it is necessary if you or your loved one is suffering from addiction to Xanax; to seek treatment immediately.

At Solace Sabah, we practice medically assisted detoxification with the latest scientific and medical methodologies. We are linked with a spanking new hospital facility with medical professionals who are on the cutting edge of their field. Rest assured, you or your loved one will be in the best of care.

After detoxification, our clients will then undergo our recovery program tailor-made to suit each person’s holistic needs for a better future. Contact us today to know more about our treatment.