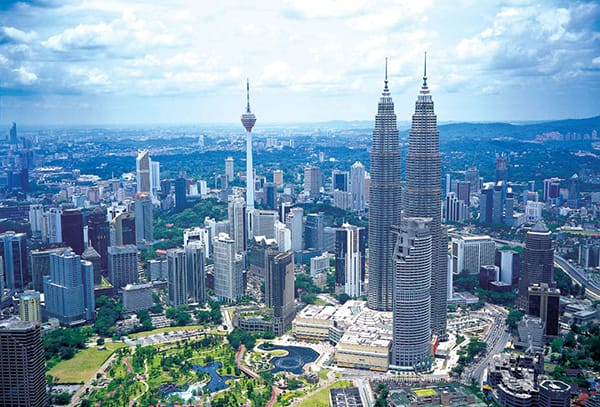 Drug Addiction and its Treatment in Malaysia

Drug abuse in Malaysia has had an incremental history in spite of desperate measures by the government to prevent such things from happening. From draconian measures of punishment such as the mandatory death sentencing of drug dealers to compassionate care of addicts by the community at large; stemming the tide of addiction has been an uncontrollable phenomenon for all those involved. What’s even more worrying is that drug abuse among the younger generation in Malaysia is becoming a grave concern with even children as young as 7 years old getting hooked. The ubiquity and pervasiveness of drugs has been due to the small time drug dealers who operate in the private spaces of the young due to having access to easier means of communication such as the ability to be online and connected through mobile and computing devices. Hence, it is not only the small-time crook that is to be blamed for the ever-rising tide of addiction in this country, but the nation asa whole; is responsible to play a significant role in remedying the harm of drug addiction in Malaysia.

Between January 2010and February 2016, there have been a total of 131,841 drug addicts who are registered with the Home Ministry. These are categorized according to three differing age groups, based on the largest to lowest number of addicts per category, as shown below:

The largest group of drug addicts come from young adults, aged between 20 to 39 years old, amounting to 93,044 people in total.

Followed by drug addicts in their adulthood, aged 40 years old and above, amounting to a total of 29,355 people.

Finally, youths who are19 years old and below, totaling at 8,732 people. This group, it seems, is alarmingly on the rise.

Besides categorizing addicts according to age, those undergoing treatment at cure and care centers,which are part of the National Anti-Drug Agency (AADK) from 2011 to 2015totaled to 20,731 people, of which 46% were new cases and 41% relapsed, making those who relapsed a total of 4,838 people. Female abusers also totaled 3,889people, of which 14% relapsed, whilst 80% of these female abusers, were indeed new cases.

How could this be?

With much precaution,severe penalties for trafficking, and much increased public awareness; how is it that drugs are still abused and to such incremental extent over much more of society than previously? It almost seems baffling that with the efforts put into this social malady, that things have turned out much worse than expected.

According to Dr. Tam Cai Lian, Senior Lecturer in Counseling Psychology at the Jeffrey Cheah School of Medicine and Health Sciences at Monash University, Malaysia; there are a number of significant factors contributing to the rise in drug addiction in this country:

This factor tops the list. More and more kids simply want to explore things that are not of the norm in this society out of sheer curiosity, while some are influenced by their circle of friends.

Malaysia has this unusual factor as compared to other countries because the youth in this country are taught to be respectful and unquestioningly loyal to their elders. As a result, should parents develop a drug culture as a result of economic pressures, their young may follow suit in such behavior due to their inability to assert themselves to the contrary.

Need for acceptance by a group or subculture

The ones prone to drugs will most likely come from pop/techno/skate/hip-hop, and hippie groups in comparison to groups composed of teens interested in religion/computing/sports and fitness. This is connected to the rebellious and nihilistic themes of those particular sub cultural groups. Hence, the desire to be accepted into a particularly “cool” or “hip” group may have addictive consequences.

Drugs as coping mechanism due to perfectionist expectations

As listed previously,the highest number of addicts are not from the teens, but from young adults who have the intensely high pressure to find a life of their own. Such a group comes from professionals such as university students and those working in the high-end, stressful, yet competitive corporate world of white-collar workers.The perfectionism of their work and expectations of society upon them drive these people to seek relief in drugs.

Treatment for mental illnesses could be the cause rather than the result of active drug addiction/dependency. For instance, Adderall is an “Amphetamine” – a highly addictive drug; and yet, it is used in the treatment of those suffering from ADHD (Attention-Deficit Hyperactive Disorder). Therefore, with more mental health diagnoses come medical solutions, which have addictive side effects if not managed appropriately.

Despite the many efforts the government and the people of Malaysia have put into eradicating drug addiction, its rise is baffling, yet not totally illogical. Given the stresses of life, social influences, and the demands of society, it is no wonder that it isn’t higher than the statistics suggest. Most Malaysians choose toflee the country for treatment, probably due to stigma and ignorance of the fact that better and cheaper treatment can be attained locally as Malaysia is equipped to handle this problem. Below is a list of treatment options, which can be attained locally:

This is an international, non-governmental, non-religious, and non-profit organization committed to helping addicts recover from the disease of addiction. It believes in the value of one addict helping another, which is without parallel. Such help can happen through the sharing of the experiences, strength, and hope of one addict relating to another at the meetings held in various cities across the country. In addition to meetings, senior members help the newcomer through a detailed program of self transformation known as the 12-steps of NA. There are NA meetings held in Kuala Lumpur, Penang, Kuantan, Johor Bahru, and Kota Kinabalu. For information about NA meetings in West Malaysia, you could contactna_kl@hotmail.com or call the Solace Sabah Retreat Sdn. Bhd for meetings in Sabah (East Malaysia).

The National Anti-DrugAgency (AADK) have their own rehabilitation centers in the form of cure & care clinics nationwide. The services are free and are mainly for those who have been convicted of drug taking under the Malaysian law, wherein treatment ranges between 6 to 11 months in-house. Their programs are said to be fun and effective in treating addiction throughout Malaysia. They also provide extensive codependency programs for the families of those afflicted by their addict loved one.

Additionally, we are connected with the best team of addiction specialists worldwide and work closely with a professional hospital in treating this illness through Adderall Rehab KL. Rest assured you or your loved one will be taken care from the moment we intervene to the point of living the life you or your loved one was meant to live. In other words, we don’t shy from our slogan than we bring our clients to live for life! There is a remedy to this problem, and you will find it with us here at Solace Sabah Retreat Sdn. Bhd.