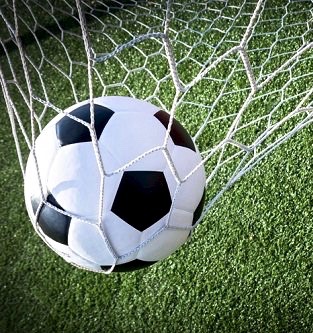 Sports gambling is a form of betting on sports events.

It is the placing of
money in the hope of winning returns based on the outcome of these events. This
may cover sports like football, basketball, and the athletics. Or it could also
include non-sporting events such as political elections. And, even non-human
competitive sports such as horse and greyhound racing. Any event where there
are two parties, but only one winner; has the potential of becoming a subject
for sports gambling.

The thrill that sports gamblers seek is not in the events per se, but the risk
they take on its outcomes. The higher the stakes, the greater the high. It has
the potential to become an addiction. This is because the process of
thrill-seeking offsets pleasure in the midbrain. Hence, gambling as a whole, is
one of what addiction experts, term process addictions. For more on gambling as
a process addiction, click

When sports gambling becomes an addiction, it
becomes pathological. This means it ceases being a game of chance; and becomes
in turn; a disease. Without proper interventions, like most diseases, it gets
worse. While some parties may see sports gambling as a harmless sport, they may
not realise the consequences it has on the addict. Hence, it makes the legality
of such sports, a controversial issue. Are we defending the right to gamble or
are we taking measures to help our fellow citizens overcome their illness?

What
are the types of betting in sports gambling?

To understand the nature of sports gambling, it's necessary to see how it is
played. It is in such processes, that addictions develop. Below is a list of
types of betting within the sports gambling arena. They are as follows:

Betting on the money line means that the team you bet on, needs to win the game
outright.

This type of betting levels the playing field. Either, the bet is won by having
your favourite team win based on the margin listed. Or, the underdog has a
buffer to lose the game or win it outright.

A sportsbook (the one in whom bets are placed with) will set a predicted score.
Wagers come in the form of predicting whether it is over or under that allotted
score.

These bets are based on proposing certain events to happen either during a
game. Sometimes such predictions can also be made towards the end of the game.

These are an accumulation of various types of wagers/bets. Winning a parlay
depends on all proposed wagers to be won in a single event. The benefit of a
parlay is a higher payoff due to its greater risk.

A teaser consists of 2 to 10 bets, but adjusted to your own advantage, at a
lower return. It can be a parlay, but with added advantages to win. Yet, the
turnout will be lower than a parlay due to lowered risk.

The wager has won the bet if the first parameter after the "if" comes
true. This could be an all out win, tie, win/tie, lose, or lose/tie. A parlay
of 2 to 6 teams gets activated by this "if".

These are bets based on the various sports to which these terms apply. For
example, a puck line is used in ice-hockey and a goal line in football/soccer.
Generally, these bets are based on players meeting their goals. I.e, the
run-line for baseball, puck line for ice-hockey, and goal line for
football/soccer.

Mainly applied to races, it allows wagers to be made on future contestants.

These bets occur in sport events that have a third outcome. Usually competitive
sports like ice-hockey and football involve either one of the teams. But, where
a draw is possible, or a neutral position gained; wagers of this type can be
made.

This is a system of betting based on aggregates. Usually, used at race betting
such as with horse-racing.

These bets occur either for the first or second half of any given game.

This is the process of betting that happens during the event. It starts after
the event has begun, and ends, with its conclusion.

A
Controversial Issue of Local Interest in Malaysia:

Malaysia is a muslim country. As such, its Muslim citizens
are forbidden to gamble as it is against their religion. But, for non-Muslims,
this is a very different issue.

Malaysia has legal gambling options. These range from the one and only casino
at Genting Highlands; to slot machines, lotteries, and horse racing.

All other forms of sports betting is considered illegal in the country.
However, in 2010, there was a short lull in which licences were issued for this
type of gambling. According to online sources, Malaysian tycoon, Vincent Tan
received a license to run betting on various sports in 2010. At the time, the
Finance Ministry reasoned that by doing so; they were curbing the offset of
illegal establishments. The government feared a loss in tax revenue, which came
up to RM4 billion due to illegal gambling dens. But, this window for licensing
sports betting, closed soon after various institutions opposed the move. The Federation
of Malaysian Consumers and Islamic agencies clamped down on the move. Their
argument was that the government was not supposed to encourage gambling in this
country.

Hence, today, the controversy of gambling in Malaysia still exists. As a Muslim
country, there is a moral conscience to stave the habit. Yet, among the
non-Muslim citizens, it has reaped the country, a lucrative income, that has
not gone unnoticed by the government. Thus, the dissonance lies between the
nation's values and their economic interest.

Whether legal or not, sports betting is still gambling. For pathological
gamblers, it sets off a process to which all hell breaks loose. They lose their
income, their families and friends; and their lives. It can also lead to
alcohol or substance abuse as cross-addictions. And as a disease, it will get
worse over time. Thus, we recommend treatment.

In treating gamblers, we've found that they become better people who are
capable of living useful lives. Addicts in recovery are a valued resource. But,
all that starts with treating the gambling addiction. Take a read at
to
understand why treatment helps. For more information, give us a call. We'll be
always happy to help you with your gambling concerns.