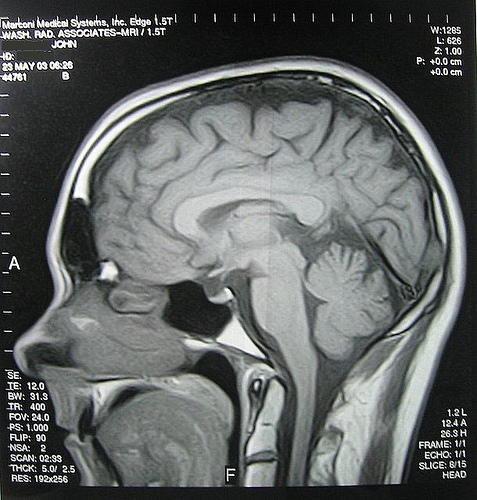 What is the Wernicke-Korsakoff Syndrome (WKS)?

These are two distinct disorders, both discovered in the late 19th century, by scientists Carl Wernicke (1848 – 1905) and Sergei Korsakoff (1854 – 1900). [1] In 1881, Carl Wernicke discovered an acute neurological dysfunction caused by thiamine deficiency (lack of Vitamin B1) in 3 patients, who had died due to this disorder. They consisted of two alcoholics and one malnourished individual. It was duly noted that the cause of death was as a result of inflammatory symptoms within areas of the brain. Hence, the condition was termed Wernicke’s Encephalitis (Encephalopathy).[2] On the other hand, Sergei Korsakoff discovered that the nervous system is affected by alcoholism. He brought much needed attention to a polyneuropathy (multiple neurological disorders), which presented itself with various symptoms, ranging from dementia to permanent memory impairment. Hence, it was known as “Korsakoff’s Syndrome”. [3] Wernicke-Korsakoff syndrome is the combined presence of Wernicke’s Encephalopathy (WE) followed by Korsakoff’s Syndrome. Over time, due to the commonality that exists between these two disorders, It’s usually diagnosed as a single syndrome.  Those suffering from WE, are most likely to develop Korsakoff’s Syndrome at a later time unless they get treated for it.

As previously mentioned, Wernicke-Korsakoff Syndrome begins with symptoms of Wernicke’s Encephalopathy, which are as follows:

ii)              Ataxia, which is a lack of muscle coordination, and presents itself in unmanageable leg tremors.

iii)            Abnormal eye movements – or otherwise known as Nystagmus consists of a number of erratic ocular (eye) movements as well as visual impairments.

If untreated, this condition could develop into Korsakoff’s Syndrome, which presents symptoms such as:

a)     Severe if not permanent memory loss.

b)     Confabulation – Making up stories of oneself.

c)     Hallucinations – Seeing things that are not present.

Below are the reasons why one would suffer from WKS:

1)     Lack of Vitamin B1 / Thiamine[6] – Thiamine is involved in the process of preserving the myelin sheath on neurons, which affects the bio-chemical make-up of the brain. Without this involvement, the conditions of WKS will arise as a result of structural deficiency in the neurons.

2)     Alcoholism[7] – Alcohol interferes with the active gastrointestinal transport, which contributes to chronic liver disease. This leads to a decrease of thiamine pyrophosphate from thiamine as well as the liver’s capacity to store thiamine itself.

3)     Weight Loss/Bariatric Surgery – Due to the malnutrition of sudden weight loss, the amount of thiamine may be inappropriate for normal functioning.

4)     Malabsorption of nutrients – Lack of thiamine absorption as a result of overall nutritional deficiency due to the body’s inability to absorb nutrients.

25% of patients who suffer from WKS will require long-term supervised care / institutionalization. There are complications from this illness, such as:

·       Questionable mental status – 20% of patients may successfully have their learning skills back, but at a cost of severe memory loss.

Due to the severity of this illness, it is best that suspected patients be hospitalized and given thiamine injections either intravenously or intramuscularly. Early treatment will help to deter the severity of the syndrome as well as stop the escalation to Korsakoff’s Syndrome. Thiamine replacement therapy may aid in the presenting symptoms such as visual, eye movement, coordination problems, and confusion. A healthy and well-balanced diet as well as lifestyle free from alcohol is suggested as the best way to prevent the onset of WKS.

WKS at Solace - How we treat it.

At Solace Sabah, we treat you or your loved ones who suffer from alcoholism and or addiction. WKS can be treated if detected early and provided with the proper medical intervention. We have our very own host hospital, which functions as a place where our clients can be treated for any presenting illnesses prior to treatment. The hospital is staffed by doctors and medical professionals who are equipped with the latest science in the treatment of WKS. Thereafter, you and your loved one will learn how to live a life worthy of freedom from WKS. At Solace Sabah, we don’t just treat addiction/alcoholism, but we teach our clients to live for life!