A deep dive into what these two are for the uninitiated.

Addiction is a chronic, relapsing disease affecting the brain’s reward, motivation, and related systems. People struggling with addiction are unable to control their actions or make rational decisions about their behaviour, even in the face of negative consequences. 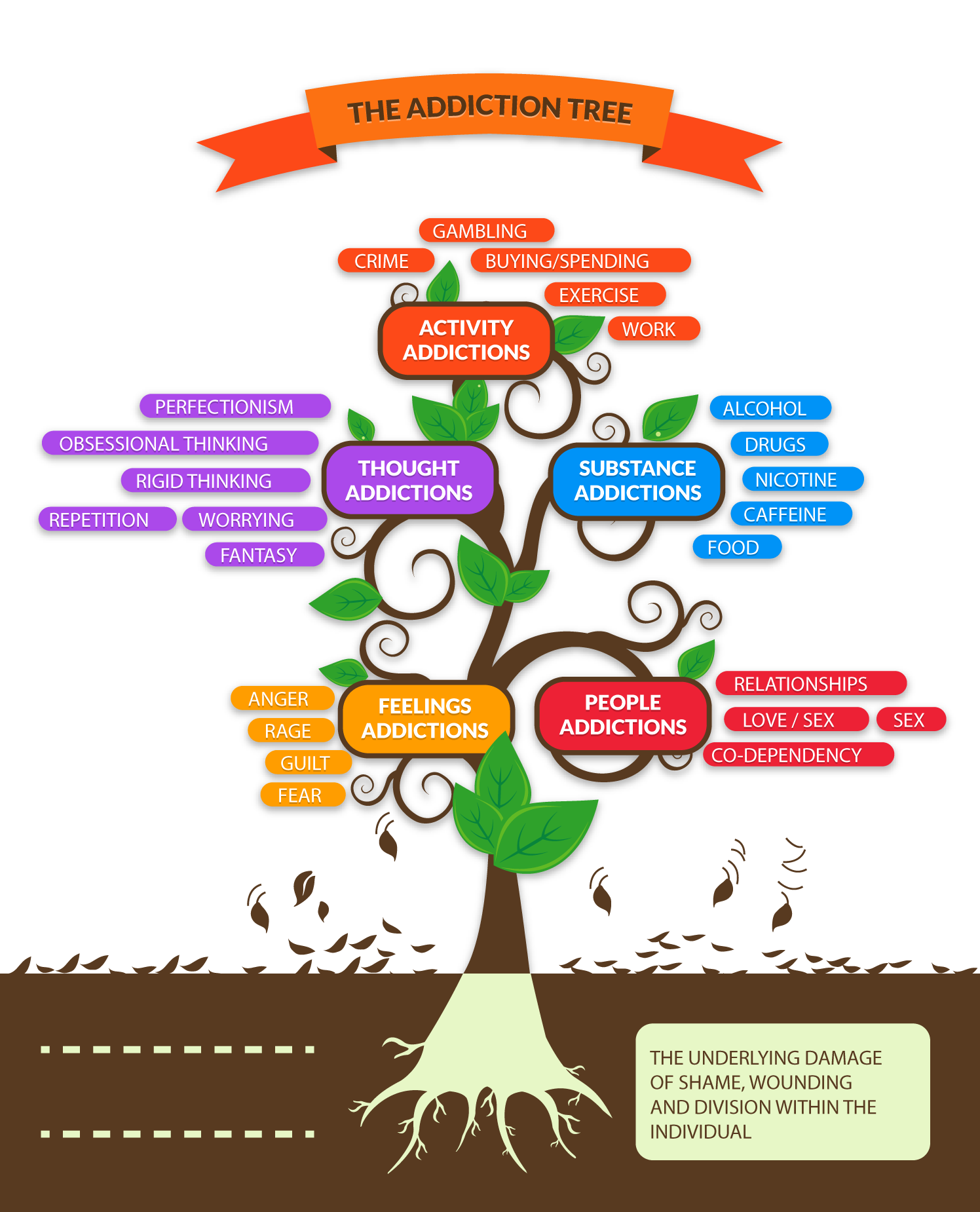 The Addiction Tree: Like a tree, addiction starts with seeds of shame and feelings of inadequacy. The roots are what keeps the tree alive.

Roots: The roots of addiction are shame and faulty core beliefs about ourselves and our worth. Our pain, resentments, fear, hurt, selfishness and dishonesty.

Trunk: Character defects feed the addiction. Addicts often can 'chop off' the 'branches' for a time, even long periods, but without chopping down the trunk, and further killing the roots, the branches keep growing back.

When we begin to understand what addiction is, and how it works - we will become less concerned with 'hacking off the branches' and will work on getting ot the root of the problem. We have to uproot the shame, the feeling we are not worthy. Heal that, and the addiction dies.

Compounds and experiences with addictive potential activate the brain’s reward circuitry. These triggers are also called reinforcers because the pleasurable feeling we get from them makes us more likely to engage in them again. Both alcohol and illicit drugs are powerful reinforcers, and cause the release of the neurotransmitter dopamine in the brain’s reward system.

Repeated activation by these compounds changes the brain’s reward system structurally and chemically, and produces behaviours like bingeing,escalating use, and symptoms of withdrawal when the drugs are taken away. Addiction is a process based in altered functioning of the reward and motivation systems of the brain. It can manifest in many ways, but historically addictions fall under two categories.

Many people are addicted to substances that are considered drugs. Drugs include things like opiates (heroin, painkillers), benzodiazepines (Clonazepam), alcohol, nicotine (cigarettes), and caffeine (yes, you can even be addicted to your morning coffee).

People enjoy the thrill they get from gambling and the risk that comes with it. Like shopping, gambling is a type of impulse control disorder. Those who are addicted to gambling often become obsessed with the thought of winning back the money they’ve lost, and so they continue to gamble.

People who are addicted to sex are addicted to the feelings they get from physical intimacy, including the high that they feel during and after orgasm. Sex addiction can lead to STDs, unwanted pregnancy, relationship problems, and low self-esteem.

Some people are addicted to emotional intimacy, which is a love addiction. They seek the high that comes from being in love. They immediately jump into relationships and fall into what they think is love very quickly.

OTHER IMPULSE CONTROL DISORDERS AND ADDICTIONS

Why does this happen?

All drugs of abuse, from nicotine to heroin, cause a particularly powerful surge of dopamine in the nucleus accumbens. The likelihood that the use of a drug or participation in a rewarding activity will lead to addiction is directly linked to the speed with which it promotes dopamine release, the intensity of that release, and the reliability of that release.The brain registers all pleasures in the same way, whether they originate with a psychoactive drug, a monetary reward, a sexual encounter, or a satisfying meal. In the brain, pleasure has a distinct signature: the release of the neurotransmitter dopamine in the nucleus accumbens, a cluster of nerve cells lying underneath the cerebral cortex (see illustration). Dopamine release in the nucleus accumbens is so consistently tied with pleasure that neuroscientists refer to the region as the brain’s pleasure center.

Even taking the same drug through different methods of administration can influence how likely it is to lead to addiction. Smoking a drug or injecting it intravenously, as opposed to swallowing it as a pill, for example, generally produces a faster, stronger dopamine signal and is more likely to lead to drug misuse.

Addictive drugs provide a shortcut to the brain’s reward system by flooding the nucleus accumbens with dopamine. The hippocampus lays down memories of this rapid sense of satisfaction, and the amygdala creates a conditioned response to certain stimuli.

OUR GOAL IS TO ARREST THE ARTIFICIAL REWARD SYSTEM.
AND THAT'S WHAT SOLACE PRIME DOES. 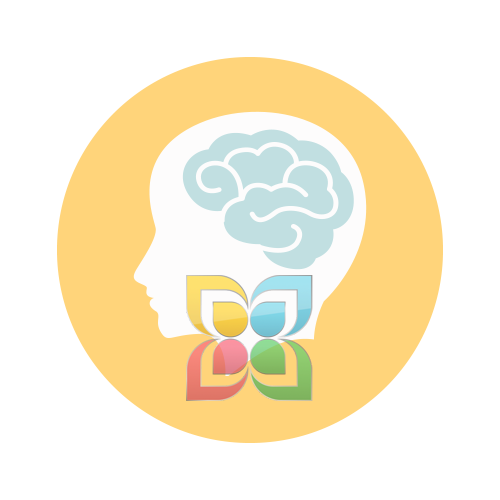 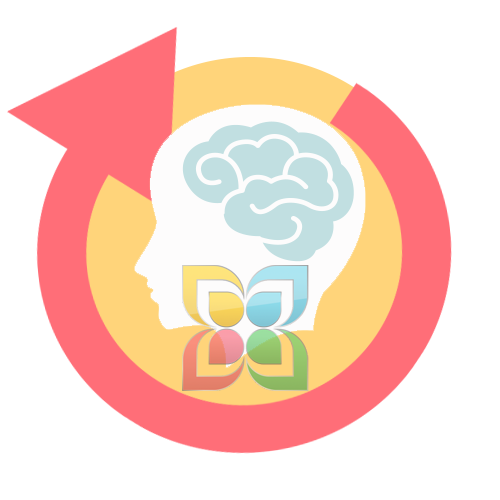 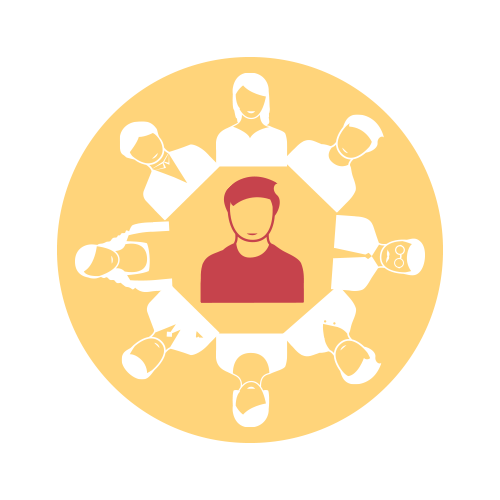 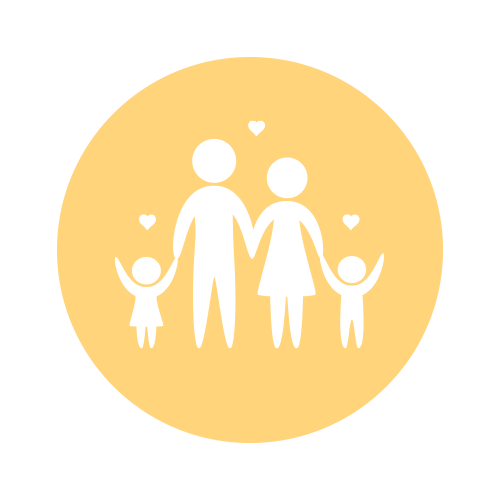